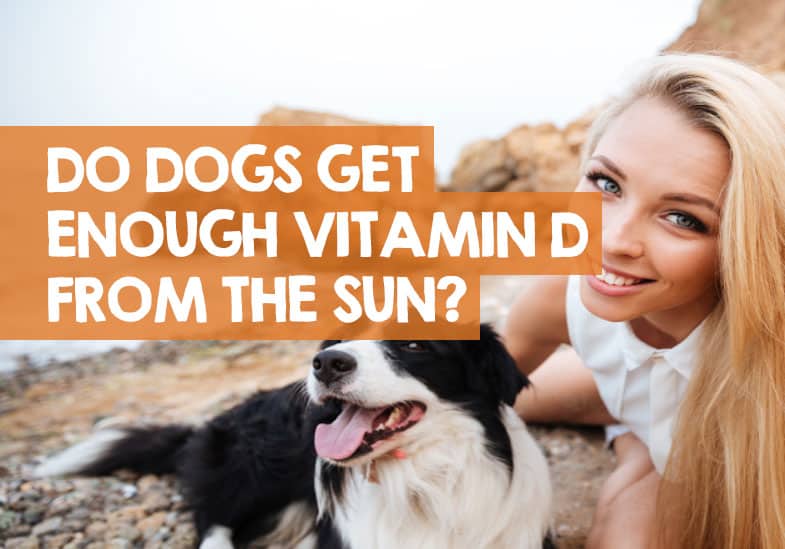 It’s essential that dogs get Vitamin D in their system. This is why so many dog foods include it, but on the flipside, dogs can get too much, and it can be toxic in large does. However, that’s not a concern you should have with the sun, as I will explain below.

Because dogs can’t get enough Vitamin D from the sun, it is added to their diet. However, there is a flipside to this, as in large volume, vitamin D can actually poison dogs. But, in commercial dog foods, toxicity won’t be a problem.

Yes, dogs do need Vitamin D in their diet. Whilst dogs can get Vitamin D from the sun, it’s not enough to promote a healthy life.

So, whilst the sun can help with the formation of Vitamin D in dogs, it will need supplementing through their diet.

Vitamin D is essential for your dog’s health as it is for us humans and is responsible for helping them to absorb calcium and phosphorus into their bodies.

The minerals described above are important as they help to strengthen a dog’s bones, preventing them from getting injuries and promoting faster healing if they do damage their bones. Vitamin D is especially important for puppies, who need this vitamin to grow and form their bones correctly.

Bearing all this in mind, you would think that it’s a good idea to get your dog out into the sun more for a spot of sunbathing.

But, as established, your dog won’t really get the Vitamin D benefits from laying in the sun. Instead, it needs to get into their systems via food – and possibly supplements if they are deficient.

How do dogs absorb Vitamin D from the Sun?

Dogs absorb Vitamin D from the sun in a unique and interesting way. To further expand on this, we have to first take a look at how the process works in humans. When a human being is exposed to direct sunlight, the oil in their skin reacts to the UV rays and breaks down the chemical bonds.

Handy Hint: Despite their fur, dogs can still suffer with sunburn. Here’s how you treat canine sunburn, or avoid it in the first place.

This, in turn, creates Vitamin D3 which is then absorbed back into the body. From here it enters our bloodstream, with the whole process taking around 15 to 20 mins before it is fully completed.

Although dogs do have the same ability to absorb Vitamin D in this way, they often struggle to do this because of their fur, which almost entirely blocks the vitamin from being absorbed into their skin.

Instead, Vitamin D3 is formed on their fur, with dogs licking and cleaning themselves so that the vitamin is ingested orally. In fact, as a dog owner, you have probably seen your dog do this many times in the past and not paid much attention.

However, it is important to note that the majority of Vitamin D derives from a dog’s diet, and thus the sun is not the only source of this vital nutrient for our pups.

Nevertheless, with a healthy amount of both Vitamin D in their diet and safe exposure to the sun’s rays, our beloved dog’s lives can only benefit and improve.

To conclude, whilst yes, dogs can get Vitamin D from the sun, it simply isn’t enough to even be considered a source that will contribute positively to their health.

I will leave the last word to the Vet Help Direct site who sum it up about right:

“While dogs do indeed convert some sunlight to Vitamin D, unlike people and many other mammals, they are not very efficient at this. Most of a dog’s Vitamin D should come from their diet. As dogs are primarily carnivores (though can consume vegetable matter), they have evolved to absorb most of their dietary Vitamin D from meat.”