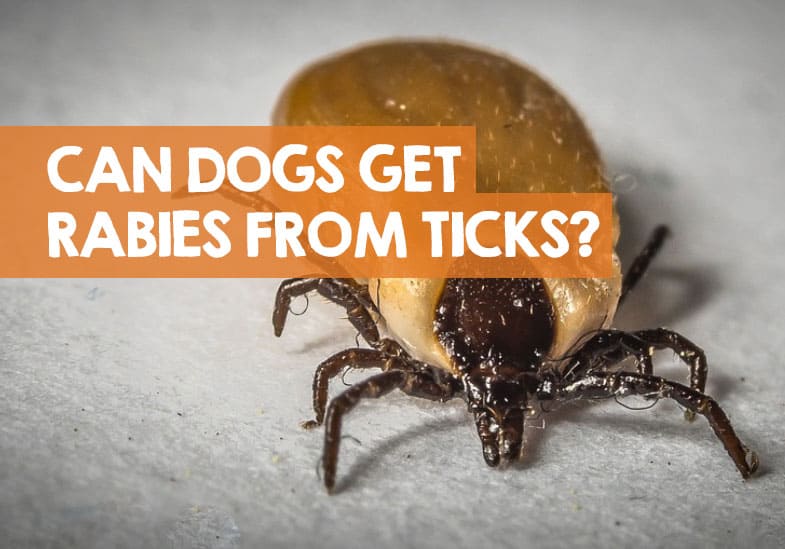 Seeing a tick on your dog is horrible. I’ve had to remove them from Claude before and it’s a stomach-churning task. You will also have the worry afterwards that your dog has a nasty disease.

Whilst they can make your dog ill, the idea that ticks can transmit rabies to dogs is widely contested on web forums, so I decided to find out what the truth was. Here’s the short answer, followed by more detail to put your mind at ease.

Can rabies be transmitted by ticks?

The basis of my answer above is a piece of scientific research published in 1982 (read it here). The study involved taking hundreds of ticks from wild foxes. The ticks from the rabid foxes were then placed on to rabid-free and healthy foxes to see if disease would transmit.

A quote from the study paper says:

In all the tests, not a single fox was infected with rabies, with the study concluding that:

“Specific ticks of foxes do not appear to be a passive vector nor a reservoir of rabies virus in Western Europe.”

Given how foxes and dogs are members of the same Canidae family, it doesn’t take a leap of faith to believe that dogs will not get rabies from ticks.

As well as the science behind ticks not transmitting rabies to dogs, there’s also the consideration of how common ticks are where you live. For example, in the UK and Australia ticks have virtually been eliminated for years, apart from in a few rare bat breeds. In North America, the USA and Canada have hardly any cases of canine rabies to report.

This means that the reality of your dog getting rabies anyway is very slim, and even more so from a tick bite.

Handy Hint: Did you know that dogs can catch ear mites from cats?

What disease can dogs get from ticks?

But that doesn’t mean dogs are not at risk from tick bites. Here’s a list of what they can get form a tick bite.

Handy Hint: If you have concerns over ticks then you should always follow my guidelines after walking your dog, with my tick washing routine to stop them attaching.

Ticks are a nasty business and can give your dog a wide range of disease and illnesses. However, rabies is not one of them, and you need not be concerned about your dog getting this particular disease from a tick bite.